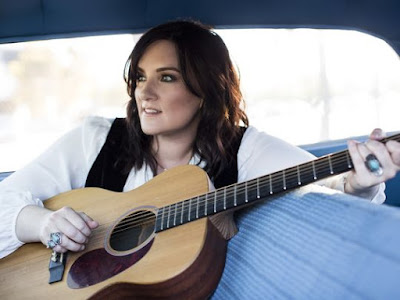 Sometimes you just need some good ol' fun, uncomplicated country music to take you away from the complexities of life.

Brandy Clark's second album Big Day In A Small Town fits that bill perfectly and a reason why this album has been one of the most heavily anticipated country albums of 2016.

This is your Daddy's Country Music.

The first part of that formula is a good story and Brandy Clark can definitely write good stories. Clark, now 40, has been a hit-making country songwriter for a while now.

And then there was her debut album, the critically acclaimed  12 Stories in 2013 which brought her into the public consciousness in a big way.

She specializes in wonderful observations of everyday life which is a trademark of good country music. You know these people. You may be one of these people.

Clark can sing well too and her tight backing band sounds great. She gets nice contributions from friends in high places.

For Big Day in a Small Town, Clark joined forces with producer Jay Joyce (who has produced Eric Church) and should receive a bigger presence on country radio because of it.

Her voice and stylings are reminiscent of classic Patsy Cline or Loretta Lynn and her band is small, efficient and intimate as if you are hearing them on a small honky-tonk stage.

Big Day In A Small Town is definitely worth a listen and should garner a lot of attention on Country Radio and at Awards time.