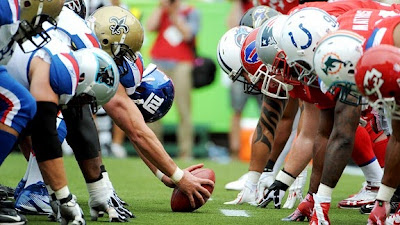 You know me. I'm a Problem Solver.

For years I've been working on the major issues. You know...World Peace, World Hunger.....finding the right formula for the NFL Pro Bowl.

I don't know about you, but I could not find a more boring All-star game than the NFL Pro Bowl that will be played tonight (8 PM EST ESPN Television).  Out of all the major sports, this has to be the worst and most uninteresting.

First of all, since it is played at the end of the year, the two teams...the Super Bowl teams, aren't even represented. So this year we don't even get to see arguably the two best QB's in the League,  Tom Brady and Russell Wilson, in the All-Star Game.

Second of all, half the guys don't even want to be there. The other half that actually go usually half ass it.

Thirdly, they always play it in Hawaii. A lot of us don't even get to go see it in person.  Why should the  folks in Hawaii have all the fun? At least switch it up and play in different locations and come back to Hawaii every so often.

So I was watching the National Hockey League All-Star game a few years ago and then it hit me. The NFL could learn a lot from the NHL.

What the NHL has done for a few years now is pick two captains and they choose up sides for their All-star game. No East - West matchup. No AFC-NFC matchup. No US vs. the World format. Just like when the guys were kids when they would play out on the frozen pond. They brought the fun back to the game.

So I proposed that three years ago here on this blog,  and lo and behold they actually did it.  That was a good start.

This year the NFL have picked honorary captains (Former NFL Greats Michael Irvin and Chris Carter) and they have chosen up sides.

Now it's time to take it to the next step.

With that in mind, here is my modest proposal for the NFL Pro Bowl. Are you ready for this?

Play the NFL All-Star game on Thanksgiving Day...Roughly in the middle of the season....like most All-Star games.

Then you pick two captains who choose up sides from a pool of All-stars (like they do now) and play a flag football game on some field in Mid-America or somebody's backyard....at an undisclosed location then televise it.

No coaches either. Seriously, how many times have you watched an All-Star game to watch the coaches?

Can you think of anything more American than playing touch or flag football on Thanksgiving? Having the bye week during Thanksgiving will allow the players to rest up and get ready for the playoff run. Playing Flag football will minimize injuries which is always a concern about the NFL All Star game.

And I don't want to hear about scrapping the traditional Thanksgiving Day NFL games in Dallas and Detroit. (Playing on four days rest is not a good idea anyway unless the league can schedule bye weeks the Sunday before for the teams playing on Thanksgiving Thursday) We can watch this new game on Thanksgiving now and instead of overeating and sitting down in front of the television to watch another game or two...maybe this will inspire a lot of us to go outside, get some exercise and play our own family/friends touch football games.

And if you really need a second game to watch on Thanksgiving maybe they could have a flag football game between two teams of NFL Cheerleaders on the under card.