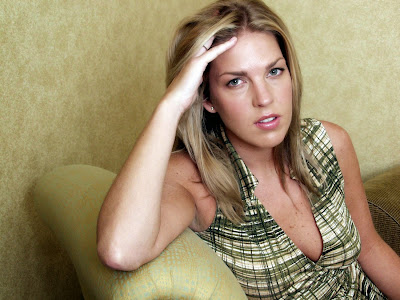 The most amazing revelation about Diana Krall's twelfth album, Wallflower is not the beautiful re-imagining of classic 60's, 70's and 80's pop hits such as "California Dreaming" and "Superstar" but the discovery of little played songs by two of the music business' most decorated icons.

Krall's first non-jazz or non-classical album in years (Due out on Tuesday 2.3.2015) is produced by the legendary David Foster who has worked his magic with such artists as Whitney Houston, Celine Dion, Chicago, and Josh Groban.

Out of the twelve tracks, my two favorites on this album were not hits like the other ten.

Paul McCartney's "If I Take You Home" which was never recorded by the Ex-Beatle and Bob Dylan's little heard "Wallflower" (the title track and possibly where Dylan's son got the idea for the name of his band) are magic in Krall's capable hands.

When you are of a certain age (Krall is a few years younger than myself) and when you are surrounded by the same music coming over the radio and your record players constantly in your formative years,  it's hard to imagine these songs being done any differently.  But I have to say when Krall is not improving on the originals, her take on the songs are very refreshing.

This album has some impressive guest vocal and instrumental work too.

Stephen Stills and Graham Nash sing on The Mama's and Papa's "California Dreaming".  Krall duets with Michael Bublé on Gilbert O'Sullivan's "Alone Again",  Bryan Adams on Randy Newman's "Feels Like Home" and Timothy B. Schmit on his own song, The Eagle's "I Can't Tell You Why".

Also included on Krall's Wallflower are remakes of Elton John and Bernie Taupin's "Sorry Seems To Be The Hardest Word",  Jim Croce's "Operator", Leon Russell's (made famous by the Carpenters) "Superstar",  Eagle's "Desperado" and 10cc's "I'm Not In Love"

The only thing that is missing in this collection is a song written by Krall's hubby Elvis Costello.  Surely, if you are going to sing an 80's classic from Neil Finn ("Don't Dream It's Over") you have to add something from Mr. Costello.

Note to Krall:  That could actually be a whole future album.

Diana Krall Sings Elvis Costello has a nice ring to it.