Mark Ravenhill Gets Into The Spirit 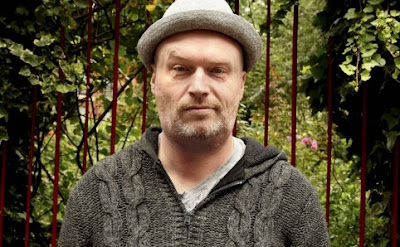 Director of Programming Dave Barton directs this powerful piece that forces audiences to question what is real and how far would one go find a cure for a fatal disease.

In the first piece, Ghost Story, Lisa suffers with breast cancer. Meryl, is a healer who believes in the power of positive thinking. As time folds back on itself and then forwards, Lisa and Meryl trade roles as the healer and the healed, discovering the world is full of ghosts.

In the second piece, The Experiment, the playwright poses a simple question: if you could cure thousands of a fatal disease by experimenting on a single child, would you do it?

Ghost Experiment marks the 13th production of ten new plays of Ravenhill's Barton has tackled.
He has directed more of Ravenhill’s work than any other director in the world.

Barton has brought seven US Premieres to the stage and has lectured on his work at Greenwich College in London.

Previously he directed Pool, No Water at South Coast Repertory Theatre, Theatre Uncut at the Monkey Wrench Collective in Fullerton, and Shopping and Fucking at Rude Guerrilla in Santa Ana.

"I’ve had a long history with Mark and his plays and I was initially drawn to Ghost Story because I knew that it had three great roles for actresses. When his agent sent the script to me and, at Mark’s request, the script for The Experiment, I was hooked. How often can you tackle a pair of plays with so many themes—women’s struggle after breast cancer, New Age gurus, vivisection, the lies we tell ourselves to survive trauma, the smug poison of ‘positive thinking’, child abuse, the trap of the closet—do it with humor and insight and pack it into less than 90 minutes?” says Barton.

Mark Ravenhill is an internationally acclaimed playwright whose first full-length play, Shopping and Fucking, opened at the Royal Court Theatre Upstairs in 1996.

Mark is currently under commission to the RSC and Hampstead Theatre and is writing a new libretto for the Norwegian National Opera. His plays are performed all over the world.

Mark Ravenhill currently serves as Writer in Residence for the Royal Shakespeare Company.

For reservations go online at www.stagesoc.org.

It is located at 400 E. Commonwealth in Downtown Fullerton (between Lemon and Balcom).