The Return Of The Rocky Mountain High 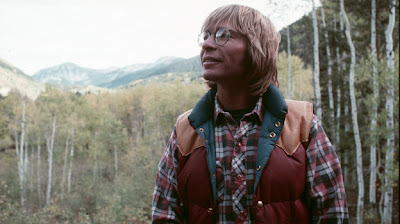 The late John Denver was such a large personality and star performer that you forget sometimes how good of a songwriter and word craftsman he really was.

Each of his songs are mini-stories and vignettes that evoke some type of emotion.

You don't really realize how much of a talent he was until you play and sing his songs for yourself,  much like my friends and I would do when we were younger.  And the neat thing is that each of us could put a slightly different spin on the songs when we played it which really made it interesting.

So, I was excited when I heard about this project, The Music Is You: A Tribute to John Denver where several artists interpret the music of John Denver, I was anxious to hear it but it came with a little bit of irony.

It is being released on Tuesday (4.2.13) , the week of spring break for many in California, and this is the time my friends and I would make an annual pilgrimage to Joshua Tree in the California Desert for a camping trip.  At night we would pull out the guitars and play around the camp fire and we would play a lot of John Denver songs.  It just went with camping...like smores and roasting marshmallows.

So when I started listening to this new album I imagined each of the artists around this campfire taking turns playing and singing their favorite John Denver tune.

Each of the artists on the album brings their personality to the songs.

Dave Matthews delivers a punched up version of  "Take Me Tomorrow".  The Iconic "Leaving on a Jet Plane" is done beautifully by My Morning Jacket.

One of my favorite John Denver songs, "Darcy Farrow" is done formidably here by Josh Ritter.

This album is a must listen for John Denver fans but also plays well to younger people who may have been too young to appreciate or even know the artist's songwriting abilities.

This is the fifteenth anniversary of John Denver's untimely death in an experimental airplane.

The singer-songwriter would have been 70 this year.