It's Not That Small Of A World After All 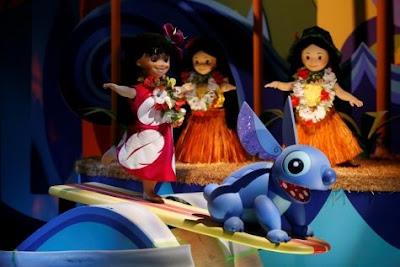 My all-time favorite Disneyland Attraction (next to the Pirates of the Carribean, the Matterhorn Bobsled, and all the rides in Tomorrowland and Fantasyland...ok it's in my top 25 attractions) was back in the news this week.

A disabled man was awarded $8,000 from Disneyland in a federal lawsuit after he became stuck for 30 minutes on the “It’s A Small World” ride.

The trial focused on disabled access to Disneyland’s first aid station. Disneyland says that the issue has since been fixed.

Martinez, who suffered a spinal cord injury at the age of 16, became stuck on the ride in 2009, and filed an official lawsuit in 2011. He suffers from chronic problems with diabetes, hypertension, and anxiety disorder, according to court records.

The ride’s well-known melody played loudly on repeat until guests complained, at which point the music was turned off. Martinez’s attorney stated that his client was awarded $4,000 for “pain and suffering” and the rest was for a violation of the Americans with Disabilities Act.

In a related story, not too long ago, I was reading in my local newspaper about how the good folks at Disney decided after all these years to modify the Small World ride.

This is what I have heard. I can't verify this information because I have no excuse to go to the Magic Kingdom anymore now that my kids are adults and I don't have any grand kids on the horizon.

You would be surprised how much money I am saving due to this simple fact.

I don't know about you, but it seemed for a while there that about 80% of my disposable income was going to the Disney Corporation.

One of the reasons they modified the Small World ride is due to the widening of the butts of America. It seems that the little boats are dragging bottom more and more as the cumulative weight of America increases.

Some people are actually objecting to modifying the Small World ride. One of the things that Disney did was, gasp, add Disney characters to the ride. Purists are crying foul because they are afraid of the overcommercialization of the ride. They say that adding Disney characters would dilute the message of the ride which was orginally attended to be delivered by the "children" of the world.

Let me say this...if there was concern over the over-commercialization of this ride, then maybe Disney shouldn't have had the original incarnation of the ride sponsored by a major bank. I also remember when I was a kid that I thought the Small World Ride was the most lame and sleep inducing ride that was in Disneyland. In fact if I wanted to take a small nap in a cool air conditioned tranquil place on a hot summer day I would always go on Small World. Then I would have enough energy to go on a real E ticket ride like Pirates of the Carribean or The Matterhorn Bobsled.

Let me say this about you Disney purists...It was never Walt Disney's intent to stand still. Get over it and move on. The mere name Tomorrowland would suggest that there would and should be a progression.

For you purists I suggest that you start your own attraction, a vintage Disneyland if you will... with all the old rides and attractions in their original form taken from the scraps of the Disney rides...For instance you would have the Tinkerbell that flys from the Matterhorn. You would have the Flight to the Moon ride back. And the Osmonds would be performing on Main Street and Steve Martin would be back in Frontierland. Up With People or whatever the heck those annoying kids were would be on that Tommorowland stage which magically disappears not unlike many of the group's careers that performed on said stage.

As a kid who grew up in Fullerton, California, I was always miffed that neighboring Anaheim got Disneyland and not us anyway. Who goofed on that one? Instead of having the happiest place on earth we have an airport that has airplanes crashing into nearby residences and streets with frightening regularity. Of course, the other thing that was almost on that property was the University of California at Los Angeles (UCLA). Instead of our NCAA basketball tournament team getting eliminated in the first round or not even making ig, it would always get eliminated in the final four or as this year...not make it.

Getting back to It's a Small World...wouldn't it be better to just flatten it and put something else up which would be more exciting? Like a roped off section of land. Hey kids here's the chunk of land that Disney isn't making any money on.