It's Joe Frank's World. We Just Live In It 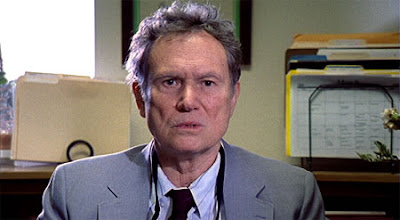 Just when I thought we had lost Joe Frank's voice forever, I accidentally stumbled across him on a Chicago Public Radio Station recently going by train somewhere through Illinois.

Turns out, Joe Frank is still very much alive. Now 75, the performance artist, broadcast genius and one time co-host of NPR's All Things Considered is producing new live plays for the theater and his old radio shows are packaged and can be heard on Public Radio stations throughout the country as well as on XM Satellite Radio. New audio material can be found at his website www.joefrank.com

For the uninformed, Joe Frank is an American radio personality, known best for his engaging, often philosophical, monologues and radio dramas. Frank started his career at WBAI in New York, and also served as a co-anchor for the weekend edition of National Public Radio's All Things Considered. In 1986, Frank moved to Santa Monica, California to work at KCRW, where he wrote, produced and performed in a weekly hour-long radio program, "Joe Frank: Work In Progress." Frank's radio programs are at times dark and frequently ironic, humorous and absurd. Adding to the atmosphere of Frank's monologues are loops of music over vocal drones.

While at KCRW, Frank received several awards including a Peabody Award and two Corporation for Public Broadcasting Awards. One for his acclaimed three-part series "Rent-a-Family." In 2003, Joe Frank was honored with a Lifetime Achievement Award from the Third Coast International Audio Festival. Frank is also a Guggenheim Fellow.

Joe Frank continued to work at KCRW until 2002, and his work evolved as evidenced by the diverse series he produced starting with Work in Progress, then In The Dark , followed by Somewhere Out There, and finally The Other Side.

Link to Joe Frank on Sunday nights at 9 PM PT through Bosco Radio: Arts and Entertainment