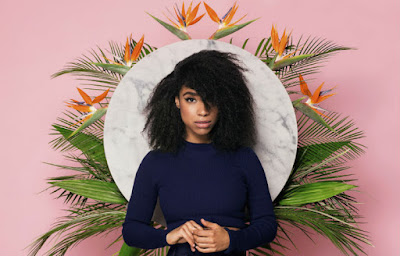 I had almost given up hope that I would find the definitive "Summer Song for 2015".

With about a month left in this summer and three tracks into Lianne La Havas second album, Blood, I think I found it.

That song, the second released single from this album ("What You Don't Do") even has, at it's core, the vibe of Sly and The Family Stone's quintessential summer song "Summertime" running through it.

Sometimes my favorite music is the type that evokes familiarity but adds a new spin from the artist.

For instance, my favorite track on this album has to be "Green and Gold" which has a very Prince and the Minneapolis early 80's feel to it mixed in with La Havas' high pitched Prince-like vocalizations.  If you have seen her live, full band-backed version of this number, you will definitely see the comparison.

"Unstoppable", the lead track, has a dreamy and airy feel to it in it's instrumentation and La Havas signature smooth vocals.

The best demonstration of that aspect is her "Tokyo" where the feelings of loneliness comes through clearly in her lyrics.

The balance of the album has the right mix of the beautiful (i.e. "Wonderful") and the funky.

If you are looking for more  of the same acoustical sound from De Havas that was predominate on her early live work and her 2012 debut (Is Your Love Big Enough?) you may be disappointed.

Blood takes on a Jazz and neo-soul style that can be compared to the work of Jill Scott or Lauryn Hill.

When touring for her debut album came to a close,  La Havas headed to Jamaica with her mother for a long-awaited holiday that evolved into an experience of self-discovery.

She enjoyed her reunions with her relatives, embraced Kingston clubs, and played in front of her family for the first time during a session with reggae producer Stephen McGregor.

This album is definitely worth a listen and I am predicting some Grammy nominations are in Miss La Havas' future.