Serial and The New Golden Age of Audio 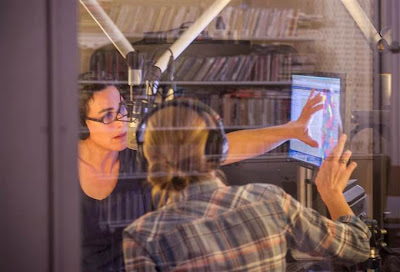 I would even take that one step further.

With the proliferation of podcasts, audio books, audio available on the internet, satellite and traditional radio, we should really be calling this the "Golden Age of Audio".  We are in the middle of an Audio Renaissance.

Audio-Only programming is still relevant even in this age of Streaming Visual Programming and Video Content on Demand.  That's because most of us still spend many hours a day driving or engaged in activities where it's not safe to be viewing visual content when we need to use our eyes for something else.

While there are many good Podcasts available for On Demand Listening, a new program has broken the mold and is becoming an audio phenomenon.

Serial is a podcast exploring a suspenseful story over multiple episodes and it's doing for Audio Content what Orange Is The New Black , Lillehammer, and House of Cards did for television, Netflix, and our television viewing habits.

First released on October 3 at the top of the iTunes charts (where it remained for several weeks), Serial is an offshoot of the highly popular radio program on National Public Radio, This American Life.  In fact when I first heard Serial, I heard it on NPR where TAL host Ira Glass introduced it as a spin-off of his radio show.

Unlike the aforementioned television shows where all episodes in a season are released at the same time and clock in at around an hour,  episodes of Serial fluctuate in length, and a new episode is released every Thursday Morning.  As on most podcasts, the variety of the length of the shows is a plus because sometimes you just don't have enough content to sustain the interest of a story over a full hour or even 30 Minutes.

Sarah Koenig created and hosts Serial, which is co-produced by Koenig and Julie Snyder, both producers of This American Life.

If you have ever heard Sarah Koenig on This American Life then you will know she is the perfect person to be hosting this particular show.

Before Koenig served as a Peabody Award Winning producer on TAL, she was first and foremost an investigative reporter at ABC News, the New York Times and Baltimore Sun.  So she brings this great mix of Story Telling and an authoritative Investigative News Background.

The topic of Season One of Serial is an investigation into the 1999 Baltimore murder of Hae Min Lee, an 18 year old High School student.

As the true life story has unfolded over the past several weeks on Serial it's difficult to not get sucked into this gripping, tense, and intriguing tale.

The show is unique in that I can't recall too many non-fiction stories that has been played out on any medium over multiple episodes, let alone a Podcast.