It's Time To Bust Your Buns Again 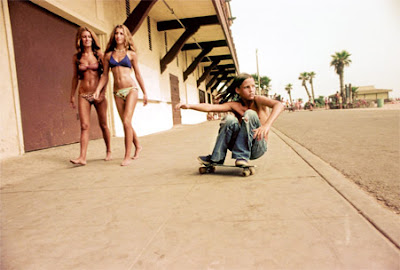 I have gone back and forth in my head the last few weeks on how I feel about the Re-Opening of the Skate Park at Independence Park in my hometown of Fullerton, California.

The facility was closed and fenced in a few years ago due to illegal activity such as drug sales, etc. that was conducted around the park and the defacing and destruction of the property.  It was simply too much money for the city and we as taxpayers to put up to maintain and police the facility.

I would argue that the facility should have never been built on our dime to begin with.  But it was....so the Cat was out of the bag. And when it was closed and fenced up with grafitti scrawled all over the place and property screwed up, it was a constant reminder of how stupid of an idea it really was.

But sometime last year...tucked in the middle, and almost forgotten about during the public uproar over the Kelly Thomas murder, the Fullerton Police Department, and the City Council, some young Fullerton kids, probably at the insistence of their parents, came forward during the public comment session comment to ask and plead that the skate park be opened again.  And after some meetings on how this would and could happen, some hard work and elbow grease, the facility was re-opened.

The things I like about the re-opening: It was a great exercise and lesson to these kids on how things can happen, and what the procedure is about going about it. And they won!  The thing I don't like about it: The park should have never been built to begin with.  We as tax payers should have never spent one penny on that or like facilities.  That is why God created the Vans Skateboard Park in nearby Orange or dry swimming pools.

Now, don't get me wrong.  I know this is hard to believe. But I was once a pre-teenager and teenager myself and I would spend the entire summer on a skateboard. With no shirt on with board shorts. Soaking up rays.  I would get really tan and my hair would get extremely bleached blond by the sun.  Yes, I know that would not be a pretty sight today.  Actually, come to think about it, it wasn't probably a great visual then either.

I know this because one day as I was skating down Richman Street, these girls my age were going by on their bikes and called me a dog.  At the time I thought it was a complement, because my dog at the time, my collie  Laddie, was pretty handsome and buff.  But that was probably not what they had in mind.

So, my brother Steve and I would go around Fullerton and look for cool places to skateboard or shred...as the youngsters today would call it.  We just called it skateboarding in the 70's though.  And we didn't wear helmets and knee pads and stuff that you could forget and lose. That's because we didn't know any better.  And, of course, as tradition would have it, like surfers, we would name different places different things.  Our coolest place to skate was a Church parking lot asphalt driveway on Malvern that went down on a steep decline.  We named this place.... "The Church".

One day as we were skating at "The Church" my brother was coming down the hill at a fast rate of speed and made the turn on to the Malvern Sidewalk.  One of Fullerton's finest was watching the whole procedure and nailed Steve for speeding.... on a skateboard.  A few weeks later Steve went in front of the Judge to argue his case.  Judge: So what did you do?  Steve: The officer said I was speeding on my skateboard. Judge: You gotta be joking.

The judge threw the case out immediately.

Summer started this week and the kids are out of school and kids are doing what they always do in Fullerton and SoCal.  They are getting their surfboards, boogie boards, skateboards and heading to the beach or riding their board around looking for places to skate. For a split second, I wanted to join them...I wanted to be a kid again.  But there is that whole responsible thing we do as adults...so I continued on to work.

Last Sunday, as I was leaving the downtown Fullerton area after lunch I heard a sound that was very familiar to me.  The sound of urethane and bearings coming in contact with concrete.  It was coming from the multi-tiered concrete parking facility across the street from where I was parked on Wilshire.  It was a couple young guys on skateboards negotiating the angles of the structure.  That took me back.  That is something that my brother and I would have done.  We would have called it "The Wilshire" or "The Parking Garage" or something like that.

And they didn't need a skate park for that.