If Only They Could Learn To Play The Saxophone 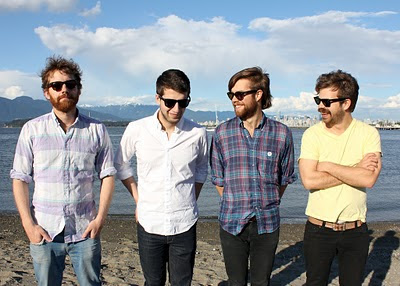 I loved it so much, the grooves on my vinyl version were ground off from excessive play.

I loved it so much, the tape on my cassette version snapped when the tape got too thin from excessive use.

The original Steely Dan album is about as close to recorded music perfection as you can get. And it is my theory that the making of the album which is documented very well on film and interviews with the artists, was such an intense experience that it nearly ruined SD front men and founders Donald Fagen and Walter Becker.

It took four years after AJA for the duo to release another album. The 1980 release of Gaucho was a good effort but it didn't quite reach the heights of AJA because, well, it's hard to match perfection. Then SD went on nearly a 20 year hiatus with stories of Fagen being afraid to perform in public and recording solo and Becker going to Hawaii to raise a family and producing albums for the likes of Rikki Lee Jones.

So it was with a great amount of interest when I found out Canadian Electronica group The Darcys were releasing a remake of the Steely Dan classic.

If you had never heard the Steely Dan original version, you would probably think this is a good album by the Darcys. But it gets dicey when you try to compare it to the perfection that is SD's AJA.

I imagine this is the same thing that happened when musical artists were interpreting Beethoven or Bach for the first time or years after the original. "That's pretty good...but he (or she)is no Beethoven you know."

For the uninformed, The Darcys are a post-soul and shoegaze band from Toronto comprised of Jason Couse, Wes Marskell, Michael le Riche and Dave Hurlow.

The Dan songs that skew and lean closest to the Darcy's style on this album are the opening two tracks. "Black Cow" and the title track. This is because those songs are dreamy, haunting, and otherworldly in feel.

The thing that puts the Darcy's at a disadvantage here is shear numbers. Fagen and Becker utilized almost forty studio musicians and singers on the original. The Darcys use a whopping four. In that sense, you get a stripped down version of the original...which I guess is refreshing to some degree.

The thing that I found most ironic on the Darcy's album is that there is no saxophone on "Deacon Blues". With one of the most famous lines in musical history... "Learn to play the saxophone.." I miss Wayne Shorter (the sax player on the original).

My favorite interpretation on the album is "I Got The News". In my mind, this version adds to the original.

The song I was most disappointed in was "Josie". The Darcys slow it down too much and make a highly danceable and exciting song...mundane.

Steely Dan interpretations, of course, are actually not new. One of my favorite concerts in the late 70's was Woody Herman and The Thundering Herd who did a concert of all Steely Dan music. But the Thundering Herd is a jazz band and AJA afterall blurred the line between jazz and rock.

The Darcys take it one step further and take AJA totally out of the realm of jazz.