It's Not Over Till It's Over 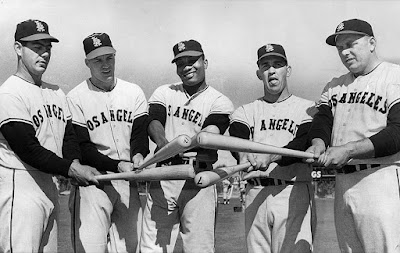 I was reading the sports section of my local newspaper this past week and I could not believe what I was reading.

My home county and favorite Major League Baseball team, The Los Angeles Angels (They actually play out of Anaheim, Orange County, CA) as of Labor Day Evening are 13 games out of the final wild card playoff spot with 25 games to play.

Yet here was an article about how the players are working for earning spots on the team for NEXT YEAR, playing spoiler to teams in the playoff hunt, and how the Angels will look next year with everybody healthy.   They were talking as if the outcome this year is a forgone conclusion.

Now I will concede that it is going to be nearly impossible for The Angels to get into the playoffs at this point.  They will have to leapfrog over six teams (Houston, New York, Kansas City, Seattle, Chicago and Boston or Baltimore) to make the playoffs and probably have to play a one game playoff to get to the wild card game.  That is going to be an extremely difficult thing to do.

So, for laughs, I looked at the schedules (taking into account that the teams will be playing against each other along the way sometimes) and did the math and it could still happen as long as the six aforementioned teams have a catastrophic collapse down the stretch and the Angels are near perfect for the next three weeks.

After a franchise tying eleven straight losses the Angels have been quietly playing decent baseball over the last three weeks.  Since that eleven game hiccup they have won 13 out of 19 and are definitely not playing like a team that has lead the Majors with key injuries (especially to the pitching staff) this season.

They are not conceding the season and neither am I as their number one fan.

In other words, right now, the Angels are playing like we expected them to play before the season started.

Helping matters as they play down the stretch will be the fact that the Angels will play 16 of the remaining 25 at home and 20 of the 25 are against teams in front of them so they will be able to help their own cause.

Call me naive, but I never give up on my teams until it is mathematically over with.

We Angel fans should know better.

In 2002, the Angels actually had the worst start in franchise history and were left for dead but they came all the way back to sneak into the playoffs as a Wild Card team and went on a run to win the World Series.

Last year they came back from a large deficit and took the Texas Rangers to the last day of the season before bowing out of the race.

I know what I am hoping for is going to be near impossible.  But it's fun to dream isn't it?

So look out Chicago White Sox...you're next.  (The Angels have moved within 3 games of the Pale Hose as they move up the ladder toward the playoffs)

Those immortal words of the great Yogi Berra are my personal mantra. They apply in so many places other than baseball. Glad you chose them.