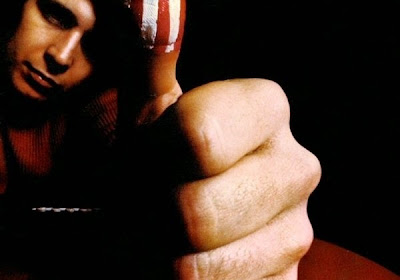 This past week Singer-Songwriter Don McLean sold the original lyrics to his iconic 1970's hit "American Pie" at auction for 1.2 Million Dollars.

I figure that since the lyrics to "American Pie" are almost 1.2 Million words long that the buyer got a really good deal at about a dollar a word.

Other songs have sold for a lot more if you are looking at the per word price.

The song is really long.  McLean could have wrote a book for as much energy he put into those lyrics.

If you could recite the entire lyrics of "American Pie" and/or "Alice's Restaurant" accurately from memory you were considered some sort of an intellectual genius.

It also proved you probably were not smoking pot.

I held the belief that the folks that could recite the words to "American Pie" in it's entirety by memory were geniuses until I met young actors and actresses that could actually recite and perform entire Shakespeare plays by memory.

I think Mr. McLean is a really smart guy for holding on to his original writing that he scrawled out  by hand on note paper.

It gave me hope that one of the manuscripts in the trunk loads of my original writings scrawled out on notebook paper that I have been saving for years will also sell for a million dollars at auction one day.

Which got me to thinking, does anybody hand write lyrics or short stories on note book paper or napkins anymore?  Everything seems to be written on laptops or I-pads now.  At Starbucks.

Which makes this sale even more cool.  In the near future, the buying of original lyrics scrawled out on napkins and lined note paper will not happen.  What are we going to do if we want to buy original lyrics from an artist?  Buy the artist's I-pad or his laptop computer?

Mr. McLean also said that the meaning of the lyrics would be revealed on the original lyrics to the buyer.

And all this time I thought I had figured it out a long, long time ago  (You see what I did there?)

Without getting into a word by word analysis, my simple interpretation of the song was that there was a loss of innocence after the untimely death of legendary rock and rollers Buddy Holly, The Big Bopper and Richie Valens in a plane crash.

I know there were other interpretations of the meaning of the lyrics from people like Glenn Beck and almost all of my friends but that is the point.

Before MTV where every song was put to Video and there was no doubt what the lyrics meant,  you were left to your imagination and thoughts to what the artist was trying to say.

There are even High School English classes where rock and folk lyrics from the 1960's and 1970's are analyzed and discussed as poetry.

I wish Mr. McLean would have left the real meaning behind "American Pie" out.

It was more fun when we didn't really know.