The Man In The Road 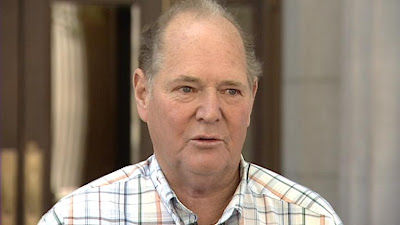 Today's story on the Radio show UnFictional is from the Love + Radio podcast, a chance meeting in the Nevada desert that leads to a series of court battles that lasted for over 30 years. Love + Radio comes from producer Nick Van der Kolk.

He and his collaborators make strange and intense sound stories while aggressively bending and breaking almost every rule of conventional radio. Plus their topics are bloodier, stranger and dirtier than anything you'll ever find on your car radio.

"The Man in the Road" is the story of a man named Melvin Dummar, told mostly in his own words. In 1967 he picked up a man lying in the Nevada desert and gave him a ride.

It was a chance meeting that turned Dummar into a 1970's media celebrity.

UnFictional is a radio program of storytellers and documentaries that cover the ground between the sophisticated and the profane. Audiences will hear captivating stories of real life told by writers and performers with a talent for tales that will suck you in. The program also features documentaries created by the most talented producers from around the country.

UnFictional is one part of the Independent Producer Project, an initiative to cultivate and support the work of independent radio producers and other writers and artists. The idea is to create a clearinghouse of creativity both online and on the air. The program is hosted and curated by KCRW - FM producer, Bob Carlson. He has an ear for compelling radio stories that are funny, sad, sincere and often dark.

Listen for stories of hometowns and family secrets, as well as tales of drugs, sex, and aliens (both extraterrestrial and earthbound.) The stories on UnFictional will stick in your head like a memory.