From Pitch To Pilot To Hit TV Show 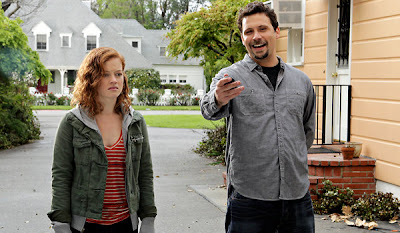 It's television pilot season in Hollywood.

Today on The Business Radio Show, we get a window into the process by which an idea goes from pitch, to pilot, to series by looking at one show that successfully navigated the journey last year-- the ABC comedy, Suburgatory.

Today's Banter Topics on The Business include:

- Steven Spielberg's Bad Week: In TV, Terra Nova canceled, numbers down for Smash and The River. Plus, in film, grim expectations for Dreamworks' Eddie Murphy film, A Thousand Words

The Business is a radio show about the business of show business. It goes beyond the glitz and glamour to the who, what, why and how of making movies and TV. The Business is hosted by respected entertainment industry journalist Kim Masters of the Hollywood Reporter and produced by KCRW FM Radio in Santa Monica, CA.

Each week The Business features an analysis of top Hollywood news with John Horn of the Los Angeles Times, in-depth interviews and the occasional feature story.

Listen in at 2:30 PM PT each Monday over the air at KCRW FM 89.9 in the LA area, on the web at kcrw.com. We have a link in our Bosco Radio News and Information section in our side bar as well.