An Unexpected Flip In Auto Racing 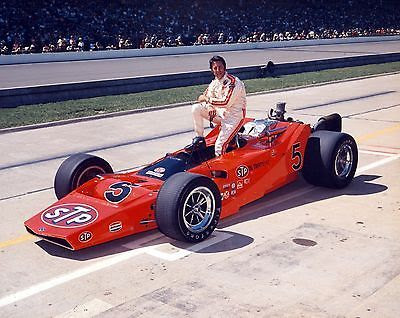 By Doug Vehle, for the Daily Bosco

With Indycar's first race over and Formula One is about to be, I just think of the chance to shock the world with the unexpected flip in a moribund series. Ten years ago the front row of the first Grand Prix was occupied by the brand new Brawn Team. Built on the leftovers of the none too successful effort Honda abandoned, Brawn collected eight wins and the championship; while it's closest competitor, Red Bull, collected their first six wins. With Brawn immediately becoming Mercedes, it was the beginning of ten years of domination by the former also rans. Pushing Ferrari to the middle and McLaren to the back of the pack. Another variation on 'Meet the new boss, same as the old boss.'

So what brings such a sudden fall from grace in the racing world? Rarely has Williams contended in the Grand Prix for over a decade. The Roush and Childress teams win less in a decade than they used to in a year. It seems unthinkable to say it could happen to Penske in Indycar, but you never know.

Maybe we could ask Mario Andretti. He certainly endured a collapse of his Indycar career. Thanks to YouTube I was able to watch the beginning of the end of his heyday, the season opening race of 1970. So foreboding to have Al Unser starting alongside him. But Andretti was starting the season as he had the year before. The new car wasn't ready, so he was driving the old Hawk. That worked out well the previous year, Andretti's greatest Indycar season. He'd picked up his first win before finally getting the Lotus 64 'Wedge,' then stepped back into the Hawk when the Wedge was destroyed and won the Indy 500. By the end of the year Andretti had won half the 18 races. For the first race of 1970 the Hawk was renumbered '1' for the champion, who was the fastest qualifier.

And there was the '2' of Al Unser alongside him. The commentators were far more effusive of the winner of five events the previous year. Back then the race might air a week later, giving the television network the opportunity to have the announcers do their job AFTER the race. So 20/20 hindsight makes it possible that they successfully predicted the winner during the warmups. And after briefly leading the race early, the defending champion did give up the lead, but held close to the new leader for much of the race.

Then what happened? Well, you could say it all started some two years earlier. After two championships and a third lost in the last race of the season, the owner of Andretti's team decided to retire. Starting the season as his own owner, he soon gave it up to Andy Granatelli and STP. In that order. What must it have been like to work for Granatelli? You can see the 1969 Indy 500 on YouTube; there's Granatelli interfering with one of Andretti's pitstops and chief mechanic Clint Brawner intefering with Granatelli. All those wins didn't keep the situation from wearing thin. At the end of the season Brawner would depart the STP effort.

So for all the appearance of all is well with a fast qualifier in the season opener, there was trouble under the hood. That he fell out late in the race while running second might not seem like much of a warning. He did collect a pair of second place finishes in the next two races before getting into the new car for the Indy 500. And there is where many point the finger for the end of Andretti's spectacular five year reign.

It was certainly an odd matter that the defending champion found his way into the McNamara 500. In Germany an American exgreen beret was building Formula cars for the lesser classes, getting rave reviews as he did. Still a bit of a leap for Francis McNamara, a dillentante with a reportedly wealthy new wife, to be building the car for Indy's hottest driver. Many refer to the car as ugly.

I think if it as looking unfinished. Much like the under classes, the lower formula cars with much less detail to them, the initial McNamara design seems in need of some final parts installation. There was an extra late race pitstop, a fourth at a time when they were only making three stops in the Indy 500, so Andretti limped home sixth. And in the inaugural California 500 Andretti was gaining on Al Unser late in the race when the transmission failed. The expression 'Teething problems' has become attached to memories of the car. Thus is blame laid for Andretti failing after the previous five years to at least be in championship contention in the last race.

Not so fast. And I don't mean the car with that. Indeed, Andretti was the fast qualifier for the next race in Milwaukee driving the McNamara. This was followed by Andretti's only win for the season in Castle Rock and another fast qualifier in Indianapolis Raceway Park. We're now through more than half the six starts of the McNamara 500. By the time the McNamara was done for the year Andretti was still holding second in the points standings if I can recreate the old points system correctly. His seven starts in the venerable Hawk produced no wins and fewer points. Five starts in a Kingfish dirt car for that portion of the championship was similarly unproductive.

My own feelings go right back to the loss of Clint Brawner. The legendary mechanic made no bones that he'd had enough of Andy Granatelli and went off to build cars he called Scorpions. Art Pollard ran second in the California 500 with one and Roger McCluskey had three top three's. Anaheim Midget champion Jimmy Caruthers was ninth at Indy his rookie year. But it was a low budget effort.

Hard to say if Brawner could have made better progress with the McNamara cars. After the legendary "Thunk" Andretti went faster in the 1970 Indy 500. Could Brawner have knocked that part in place to begin with? In 1971 the McNamara 501 was also being called ugly. No idea why, I think it was great looking. The short lived Ford engine that emerged with the rear engined cars was being superseded by the resurging Offenhauser (But that's another story) and Andretti was left underpowered. He won his first Grand Prix start in a Ferrari early that year, Ferrari is said to have sent an engine mechanic to Indy to try to learn about putting a Ferrari Boxer engine into Andretti's Indycar, (Also another story) but that effort died off. As for what might have happened had Granatelli been willing to put an Offy in Andretti's McNamara, the world will never know.

What is known is that Andretti's career was never the same after the departure of Brawner and the alleged curse placed by Brawner's wife. In five years with Branwer, Andretti won 30 times, including 3 championships. He would win the USAC Silver Crown for the dirt track cars separated from Indycar racing, he would win the Grand Prix championship and the International Race of Champions series. He would even win another Indycar championship in his 15th year without Brawner. But he would never approach the domination he exerted for the stretch of 1965-69. In the remaining 25 years of Indycar racing without Brawner, Andretti would win fewer races than he did in five years with Brawner. It was as though in that early race pass, the torch was passed from Mario Andretti to Al Unser in that season opening Phoenix race of 1970.

For a time. Unser indeed won 15 races in a year and a half, twice at Indy. Imagine the excitement of being the manufacturer of the Johnny Lightning racing toys and your driver owns the biggest racing series in the world at the time. Even Unser's teammate picked up a win in his five starts in Johnny Lightning blue and yellow. But somewhere about the time that the sponsor Topper Toys was collapsing so was Unser's Indycar effort. Midseason. A huge point lead evaporated and he placed fourtth for the season. Was the Vel's Parnelli Jones team paid by the sponsor for the year?

A cloud hangs over Francis McNamara, wherever he is. He filed a lawsuit against STP and the ever popular Andy Granatelli. Nobody was paying for the cars. The wealthy wife died, in a manner the press called mysterious. And McNamara disappeared. Or did he? There are those who insist he returned to the U.S. and owned a concrete company in California. Perhaps it was a hoax, perpetrated by a certain someone who was never so popular anyway.

Andretti escaped STP and Granatelli, if not the curse, at the end of the winless 1971 season and became teammates with the similarly slumping Unser, who would shortly lose his own miracle working mechanic, George Bignotti. So they won occasionally, Unser even becoming 1 of 3 four time Indy winners. But combined, they couldn't win so many together as either won by himself for awhile there. 25 years is a long time to be remembering when. . .