A Not So Rockwellesque Holiday Season 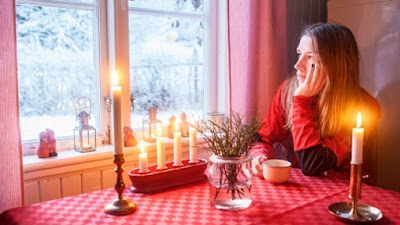 By Doug Vehle
For The Daily Bosco

Hey, I just made it through another Happy Thanksgiving time. At least it was if you have something to be happy about on Thanksgiving. So I saw the wife of a guy who used to live and work here in town. He got another job and they bought a house a ways away, but she still works here, even on Thanksgiving. He asks "You still don't have a wife. . . " No. ". . . .Or a husband." Excuse me?

Ah but that's nothing. I saw a guy who used to live a few blocks from the gas station he was sitting in his truck at. Before he went nuts. Things had been happening to him. Like the divorce, though he kept the house. Then he was in the front yard and went around back with the door still open. When he went back inside he found. . .Call him Grandpa. Then came the return of Grandma, who brought help. And our hero noticed there were things missing. When they saw the door open and him not handy, they decided to see what they could take.

I barely knew him, but I was aware of some of what went on as he lost his job in the bad economy and simply went off the deep end as more things happened. The sheer pressure of it broke him. He seems to be doing better now, but trying to rent rooms out to people who did things once they were in his home played a part in him losing it, both mentally AND the house.

It wasn't just the old neighborhood he was coming to from his sister's house in another town. Inside at the gas station was the Granddaughter of Grandma and Grandpa. She comes from a long line of it, I'll tell you. An aunt didn't know what to do after her husband went off to prison and she tried to hold up a convenience store by hitting the cashier over the head to knock him out but couldn't seem to hit him hard enough. When he fled to the back she and her partner tried to open the register. When that didn't work they did what they always do on 'America's Dumbest Criminals' and carried it out, where the police were waiting. I should be glad that, outside of my Mother and several brothers and sisters, my relatives on both sides are good people. Though in another state, darn it.

So I've known this girl, the granddaughter, who was growing up sharing my same motive, to just not be like the rest of our families. When they came to arrest her mother a few years back they didn't take her too because she was working downtown and no stranger to people, the police knew better. Oh, by the way, Mr. Crazy was framed at one point, the police figured the matter out but not before he got put through more on his way downhill. Through it all he was trying to look out for the granddaughter of these people who'd burglarized his house, half jokingly calling her his 'Daughter' when he was sticking up for her at times.

Which became uncomfortable for her at times but then he was also someone she really could talk to while she was growing up and she admits he made a difference. But once he was flipping out you have to remember, he wasn't REALLY family. Even though he's been doing better she hasn't been so accepting. One sided relationships can take many forms.

So I mentioned to her that he was outside, she did that thing where she sighed and said 'I know.' He never had kids of her own, she never had a real father figure beyond him. Most people don't understand so many of the ways the holidays can be hard on people.

When I was leaving I told him that she seemed like she'd talk to him if he went in. He said he had to get going. Sure, he's going to his sisters' and he won't be alone on Thanksgiving. Not really, eh?

I should still think of his Thanksgiving as being better than mine, I suppose. He probably will at least be doing better once he's back to his sister's family. I assume her family is okay but I've never met any of them. These things I'd planned to get done today, I didn't get to many of them. Where did the day go? I walked around a little, saw the little minicastle house a few blocks away that I'd thought of moving to a few years ago, seems they had quite an event going. I'd meant to stay home but I wound up at a restaurant downtown. Just in time for them to run out of the Turkey dinners. Kind of my life, eh?

But it's a long, long way from being the worst Thanksgiving I've known. If I think about old girlfriends, I wonder how many of them are drunk and fighting with someone. The fact that it's probably all of them is why I feel glad I'm not having a good old fashioned Thanksgiving.I'd like to think the worst of those are behind me. Even if I don't think a particularly good one is coming in the future. And for those of us who have a hard time finding something to be seriously thankful for, we can remember it's only one day. Oops, that means we've began what they call 'The HOLIDAYS. . . .'