On Cloudgate, Selfies and Publicity 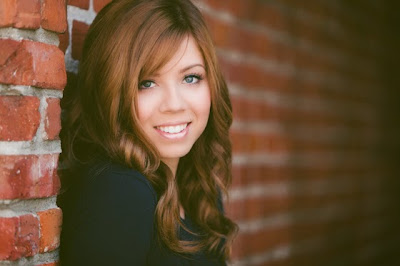 So as Cloudgate II heats up, you have to wonder if it will receive the overblown hype it deserves, what with the FBI never really getting started with it's much touted investigation of Cloudgate I. All those Hollywood starlets and their selfie nude pics that were NOT the shots they intended to release are just going to have to see them treated the same as those they DID mean to release. If in fact you believe they never meant to release them. Remember when a perpetually intoxicated Lindsay Lohan "Accidently" tweeted a topless pic of herself. Sure it's easy to believe she was in no condition to know what she was doing, even that doesn't prove it wasn't deliberate. She had a built in excuse for attention seeking. For all the bluster, it has always seems there's no harm done. I feel more sympathy for someone who doesn't have the nude pictures out there, yet seems to be taking the heat of others for it, for real.

Imagine being Jennette McCurdy when a video from 'iCarly,' the show that featured her as a supporting character, began to circulate where there was an 'Accidental' second of her topless. The Nickelodeon Network and the producers were quick to deny this was a real clip of the show; indeed, the actual moment in the show did not show her topless for even an instant. Yet someone with some real skill went to a lot of trouble to fake that shot, using what seemed like a higher quality copy than you might record off the air. You have to wonder who the real source of that clip was. But it all made great publicity for the show, right?

McCurdy herself seemed to be a young actress on the rise. Much like The Fonz on 'Happy Days,' her self centered character Sam was upstaging the title character of 'iCarly.' This led to a sequel show, 'Sam and Cat,' where she recreated Sam as an adult along with a more minor character from the original show. By the time the show had gone on the air, there had already been a string of amateur nudes of the starlets making the rounds, as well as worse things, a la Paris Hilton. And there had already been Reese Witherspoon sounding off: "I get it, girls, that it's cool to be a bad girl. . . If you took naked pictures of yourself on your cell phone, you hide your face, people."

I really hate to become opinionated on this subject, I'd rather let them do as they please on some things, since I complain when they make a nuisance of themselves. I mean I'm far more concerned about Lindsay Lohan driving her car through a store window AGAIN than I am about her sending drunken nudes AGAIN. If it's okay for Reese Witherspoon to appear nude in the nonvampire film that shares the title 'Twilight,' why isn't it okay for Blake Lively to appear nude on her celphone? I've heard all the would be answers to that and no, none of them cut it. There's simply a point where the targets do have rights, while the talkers exceed their right of free speech. And wear out their welcome.

This didn't seem as though it should affect Jennette McCurdy, old enough to make her own decisions by then yet appearing on a kids show on a 'Family' network. If you want to see modest swimwear, check out the pictures they get of her at the beach. What a relief to Nickelodeon, as 'Sam and Cat' was a spectacular smash in it's first year. In six years 'iCarly' only twice produced 20 or more episodes, totalling 96 over six years. 'Sam and Cat' saw the single season order expand to 35. The second year renewal was just a rubber stamp. All credit for this goes to McCurdy, who demonstrated a marvelous ability to "Chew on the furniture/props," as the actors say about dealing with poor scripts. You start to wonder what the future may hold for this talent.

Then, much like Ray Rice and Adrian Peterson on the eve of the NFL season, production of that second year of the show hit a roadblock.

Now, let's go back to what I said about the modest swimsuits McCurdy wears in public. Actresses wearing much less go looking for paparazzi to take their pictures. When certain pictures of McCurdy suddenly emerged they were equally modest. There was nothing 'Seminude' about them, she was showing far less skin than any model in 'Sports Illustrated' come the swimsuit edition. It was, however, not a swimsuit, but more private attire.

Nickelodeon's reaction was to cancel the show. Her comment on the subject included a statement about "Taking care of myself" which seems to tell a story of locking horns with the network in the aftermath. I get the idea the business people had certain 'Sacrafices' they expected her to make in the wake of this not quite a scandal. I understand about it being a family network, but. . . . I wonder if there's a point it just started to seem to her as though they wanted her to sell her soul just to stay on television. There was really nothing bad about those pictures. Again, there's a point where you just can't deny that she does have rights.

I see those pictures as speaking badly not of the subject of them but the person who released them, apparently her exboyfriend, probasketball player Andre Drummond. As she said, "They were never meant for the public;" what drives someone to be prepared to ruin someone else for his own amusement? Did she break up with him? Poor thing.

I liken him to the self serving Terry O'Neill, president of the National Organization for Woman who whines that SHE wanted NFL commissioner Roger Goodell to resign and SHE was disappointed he didn't do that in his press conference. He didn't do anything wrong, neither did Jennette McCurdy. Neither one deserves to suffer. And there's the point that we deserve to not hear others complain about them. If there had been no fear of the Terry O'Neill's of the world, would 'Sam and Cat' still be on Nickelodeon?

Goodell, luckily, is safe in his job. McCurdy, an increasingly busy actress for the past 14 years, remarked that the abrupt cancellation of 'Sam and Cat' gave her a chance to start thinking of life beyond show business. This led to her creating an online series, 'What's Next for Sarah?' inspired by this turn of events in her life. Perhaps there's hope. There's noone to cancel her show, even if she does get caught up in Cloudgate III.

But hope is increasingly hard to come by in a world that tolerates such petulant witchhunts as are engaged in by people with entitlement issues such as Terry O'Neill. There's only one person I've mentioned so far who deserves to have her show cancelled, but I doubt NOW is responsible enough to take care of it. So hypocritical of Diane Feinstein to squawk of football players being banned for life when you know she'd start whining at the idea of politicians being banned for life when they vote to willingly violate the Constitution, as Feinstein did in 2010. Feinstein has done far more harm with that one act than Rice or Peterson, displaying incredible entitlement issues as she did so. The far greater issues are usually what are ignored, as are rights. Not just our Constitutional rights, but our right to tell these people to SHUT UP!