The Faces of Mental Illness 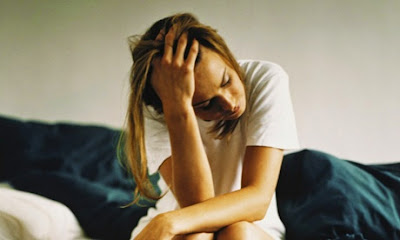 One could make such quick trips to the store if it weren't for the crazies. Or maybe it's because of the crazies that no one is there later in the evening. But I was looking on my way home to run in, leave the plastic bags to be recycled, grab some fruit, nobody slows me down. And that didn't work out even before I got inside, as a guy was outside the door eating an imaginary pizza, with the cheese stretching way down and he's holding it way over his head to try to get his mouth under what's hanging. This imaginary pizza was quite real to him.

Took me back not to my time as a volunteer working with the mentally ill but instead to a moment where that experience had taught me something I used in real life. I was in a convenience store when a guy suddenly shattered the environmental controls and calmly walked out. Why? Oh, you never know. Why did Aaron Hernandez punch through the window of his Hermosa Beach rental, besides the traditional PCP addicts hatred of glass? On this day the apparent derelict was quite detached as the cashier called the police, he didn't seem to notice I followed him.

I find it a great curiosity to watch the catatonic schizophrenic. In this case, just a short distance from the store, he'd began to act out walking through a buffet line, most notably making a sandwich. The detail with which he built a real 'Dagwood' of a monster sandwich, then so colorfully ate it. Much like an old silent movie where they overacted the most trivial moments. I could really see the buffet table in general, the sandwich in particular.

As the first Fullerton PD officer was arriving I waved him over. The subject didn't notice as I was telling that this was who they were looking for, he went right on eating his sandwich with considerable drama. They don't alternate back and forth between the psychosis and reality, so he didn't really cooperate with the officers, nor did he resist as they handcuffed him. The guy just wasn't ready to do anything. That's why they call it mental illness.

Of course the arresting officer sounds off about "This guy is BIPOLAR." I pointed out that he wasn't at all, he was catatonic schizophrenic. That seemed to irritate the officer who growled "I know bipolar and he's as bipolar as they come." I pointed out to the officer that he knew nothing about bipolar and there was absolutely nothing bipolar about this man. Of course the officer didn't want to let go of his kewl term, 'Bipolar,' which he could throw out and pretend to be knowledgeable. Even if he had no clue how someone bipolar might behave. The groundwork for the Kelly Thomas incident was laid.

My mind would drift back to various experiences in dealing with the catatonic schizophrenic when I was doing live improv, making the show up as we went. I was known for my involved spacework. People said they could just see the parking lot full of cars I was stealing parts from during our storyline, or the gates of hell opening as a scene partner suddenly revealed I was in fact THE DEVIL! The way that one guy held his hand in exactly the shape it would be if there was a Dagwood Bumstead sized sandwich in it. That's what I always sought to imitate. Cynthia Szigeti told me I was the only person she ever said overdid the spacework. Mostly the directors and the instructors approved.

But live onstage was the time for the crazy behavior, hence one of my groups was called 'The Orange County Crazies.' With the witching hour approaching here in the darkness, it's unsettling even to me to watch the guy fold over his imaginary pizza to have crust on both sides then pull a hand away with nonexistent cheese sticking to it. Once his fingers were cleared of it, he lifted it high over his head to lower the trailing cheese into his mouth and then bit into the pizza itself, more cheese stringing itself as he pulled it away, the exercise would then start over again. His fingers didn't come together because there was a pizza between them.

Except he was trying to notice me. Hence the name mental illness, he just couldn't come back to reality to actually see me, he kept looking around. I stepped backwards into the darkness as he continued to look around as though to try to find who was there. When a woman walked up to fill a water bottle he seemed to at last be able to interact and went into the store. I waited as she filled it in case he came back, then I was at last getting to go inside. After I had noticed that some 20-30 feet away, right between the two front entrances, a guy with some pack or satchel. Just staying there where there's nothing. Is this Grand Central for these people tonight?

Inside as I went to the register an employee was saying something about a guy eating from the trashcan outside. I assumed she was mistaken about the guy I saw eating anything. Then she pointed to the guy between the entrances, directly out the window. "There he is." I pointed out that wasn't him, that the other guy wasn't eating he was just acting it out. None of that seemed to matter to her.

But the guy who WAS the eater came to the register with a bottle of Kefir. Maybe that indigestion is caused by stress. Or or the indigestion is causing stress. He looked at me as though I was significant. Maybe his right mind realized I was there while he'd been unable to see through his psychosis. I smiled at him and he seemed to relax. Unlike the filthy man who broke the controls, this one wore a clean new white tshirt, clean new sweatpants. I don't think this man is homeless.

He might not even be what we'd properly consider mentally ill. I was explaining today to someone about people who manage well enough as long as they can get settled into a job and make a safe life. A downturn in the economy turns their life upside down and puts them out on the street, crazy. Or should I say dysfunctional. That can lead to spectacular moments eating food that isn't there, among other things.

So this guy might be able to keep his life on track indefinitely. Just as the guy who broke the controls might never find his way back to near normal. And the guy outside with the pack might just be carrying a few things how from work or school in a bag too smale for what the homeless normall carry. Perhaps he was just waiting as hard as he could for a ride to pick him up, in the light at the store probably seemed safer than the darkness at the busstop. Of course I don't know the real story for any of them. Unlike most people I don't think of my assumptions as necessarily true, even if they are better thought out than those of others.

So I've been without my car while the dealer did warranty work. I had to drive my lumbering old truck for more than a week. Poor baby. But today I got the car back just at closing. I'd walked within a block of the dealership when a friend pulled up. "Hey, where were you when I needed a ride?"

Life can be tough, I've lost more than 100 freelance jobs, I never went off the deep end over it. Before he died Dad called me the most stable of his kids. I was just a teenager at the time. That hasn't changed. That's what stability means.