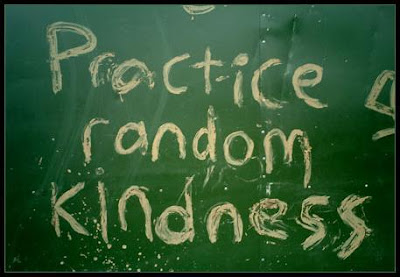 So much has been said about recent events: The Boston Marathon Bombings,  the horrible massacres in Aurora and Newtown, the police shootings in Anaheim, the uprising in Syria and domestic stupidity about everything from flags at a mall to chicken franchises. Righteous indignation, rhetoric, political and religious extremism have all been dumped into the Waring blender that is the twenty-four hour news cycle and served to an ill-informed and over-opinionated public in a manner that makes Machine Gun Kelly look like NPR’s All Things Considered.

Tragedies and catastrophes incline us to seek their cause. There must be some reason as to why these things befall us. Some fundamental flaw in the system, not enough legislation, too much control, more taxes, less taxes or a government that isn’t looking out for us as well as it should. We’re all looking for that switch to throw, or the bandage that will stop the bleeding. So often we are looking for a simple cure to one or more complex problems. It seems that if we can’t text it our while we are driving then it can’t be the solution to our problems.

I’m not going to claim to have an answer to even one of the maladies that the news guys (your prophet of choice) claims is the one that’s going to end western civilization by Christmas season. You can take your pick. More often than not, whoever is the herald of doom is also the purveyor of its solution. And that’s part of the problem. It doesn’t take much processing time for a cynical public to see that the disaster and the solution are too much of a package deal, that the Jeremiah du-jour has got his own agenda to push and maybe the problem is just a contrivance to sell just another brand of snake-oil.

I am a cynic by nature so to those who know me this may sound disingenuous. I assure you it is not. Compassion and cynicism are not mutually exclusive. My humble observation is that the one thing that we can do right now is to simply care more about one another. You may laugh at this but legislation takes months, even years. Charitable causes and national awareness campaigns require similar effort and time. True, they are worthwhile endeavors but the simple act of caring for the person next to you is instantaneous and free.

“How are you doing?” and “Are you okay?” are questions that may break down a barrier or at least start to chip away at it. It sounds simplistic but try being nice to the guy at the DMV or the Post Office; even if he isn’t nice back. Who knows it may even eventually sink in. How many times have you heard the description of some guy that lost it as someone who kept to themselves, quiet or disenfranchised? Maybe if someone had shoehorned their way into that life something might have come out different. A smile, a kind word or the simple act of touching someone can carry a tremendous power to heal.


There’s a friend of that I’ve known for a very long time who’s fond of the term “Love in circles.” That is, an emotional connection that extends beyond us but eventually returns to us through a broader compassion that includes many more in the process. She explains it with greater eloquence. But if I take the meaning right there is a synergy in our mutual caring and (with apologies to Paul McCartney) the love we take will be greater than the love we make. We break down the artificial barriers and labels we’ve put upon ourselves. At least for the moment we cease to view each other as members of a particular political party or denomination, a supporter of this bill or that team. We see one another more as mutual members of humanity.

The concept of subsidiarity is the resolution of problems at the lowest social level. If a neighbor is going out of town we’ll keep an eye on their place. The neighborhood watch approach would be a step up from that, then more police, tougher laws, etc. If we have each other’s back we can solve a number of problems, if we’re charitable on a personal level. But we, collectively and individually, need to start with our personal approach to dealing with the world beyond our front door. Beyond our front door but not beyond our reach, that’s where we can start.

As I said, I am a cynic by nature and I’m not calling for a national love-in. But it seems that while caring a little bit more for our neighbor may not be the solution to all of our problems, it’ll might take care of some of them and make the world a bit more pleasant in the process.